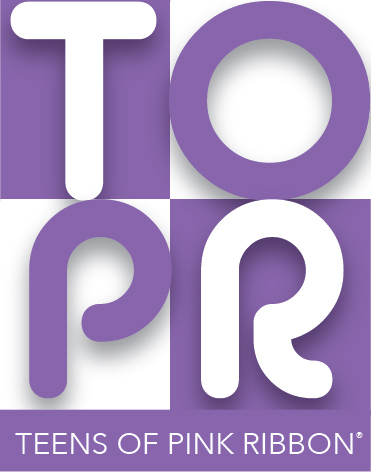 Big dreams begin. Teens gather for TOPR meeting and bring fresh enthusiasm to the fight against cancer. Here is our very first article in the Sun-Sentinel.

The luncheon has medical experts, survivor speakers and a large silent auction. But unless they come to Pink Ribbon as a guest, there was always something missing: the children. So extending her reach to the new generation, Duberman has started a group for high school teens called Teens of Pink Ribbon.

Seventeen teens showed up on their own time at noon on a recent Sunday in Woodfield’s fitness center. Among them were students from Donna Klein Jewish Academy, the Pine Crest School, and Spanish River, Boca Raton and Park Vista high schools. They helped load the goody bags for the luncheon and weighed in on the look for this year’s centerpieces.

Dina Burg, a Delray Beach resident on the Pink Ribbon luncheon committee, brought her granddaughter Nicki Burg, 15, of Lake Worth, a Park Vista 10th-grader. She brought Morgan Fine, 15. “Can I have two representatives from each school?” Dina Burg asked the group.

What made them come to the meeting? Autumn Asen, 16, found out through student government at Spanish River. She was drawn to the cause, she said.

Teens of Pink Ribbon started meeting at the end of April and now meets monthly after a summer hiatus.

“The point now is to get more people,” said Sierra Bennett, 16, of Wellington.

The students intend to recruit through their friends, their schools and social media, facebook.com/TeensofPinkRibbon.

“By volunteering we can educate others and support people in need,” said Ava Goldstone, 14, of Boca Raton.

The teens said their survivor connections were a grandmother, an aunt and one grandmother who made it and one who didn’t.

“This is our advertising tool,” said Duberman, holding up their new pink T-shirts. “You can also sell bracelets for $5.” The pink rubber bracelets say Teens of Pink Ribbon in white with a breast cancer symbol at each end.

“We’ll do a team for the walk,” said Andres Parada, 17, a Spanish River junior, referring to the 24th annual Komen South Florida Race for the Cure on Jan. 31 in West Palm Beach.

“It’s refreshing to see people in the younger generation do something for their community,” said Gabrielle Lee, Susan G. Komen South Florida’s community outreach coordinator, who was sitting in.

“This is just the beginning,” Duberman said.”

Teens of pink Ribbon is not a registered 501C3 charity. Please make your check payable to Boca Raton Regional Hospital.